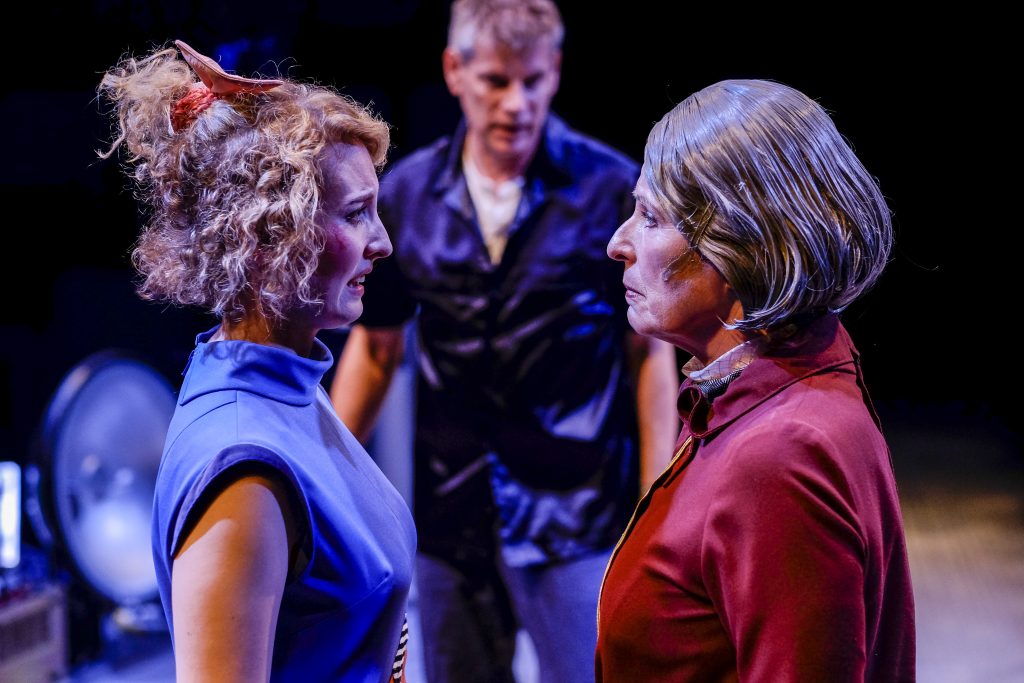 We’re thrilled to be hosting the Stephen Joseph Theatre this week and next, because after all, The Old Laundry just wouldn’t be the same without its annual helping of Alan Ayckbourn.

Arguably, the greatest playwright of his time, Alan returns with a new revival, Henceforward… a classic comedy first produced in Scarborough in 1987 and subsequently at the Vaudeville Theatre, London in 1988 where it won the Evening Standard Best Comedy Award.

Roger Glossop, Director of the Old Laundry Theatre has designed the set of this newly reworked masterpiece.    Roger said:

“This is the 3rd time I’ve done Henceforward…, the original production in Scarborough, the transfer to the West End with Ian McKellen and Jane Asher and now this revival.  Back in 1988, it was only the second show I designed for him – I’ve now done over 60 separate designs for Alan.  He is always a joy to work with and knows exactly what he wants. Simplicity, certainly in the round, is the name of his game and Alan is a master of stage craft. On top of that he has become the most gracious friend to Charlotte and myself and to the Old Laundry Theatre – I don’t think people realise how lucky we are to have his support.

This show is challenging because it is set slightly in the future. Many things Alan predicted almost 30 years ago have come to pass. The challenge on this production is for the audience to feel it still takes place in the future. He foresaw uses of artificial intelligence, video phones, self heating food, no go areas with female vigilante security services etc yet to be realised . Sexual health identity cards for the population. He also discusses trans gender issues which back in the 80’s was taboo.

Above all Henceforward is a very very funny and thought provoking piece which shows his mastery of plotting.   If I had to choose my favourite Ayckbourn Henceforward would be top of my list and I urge everyone to come and see it!” 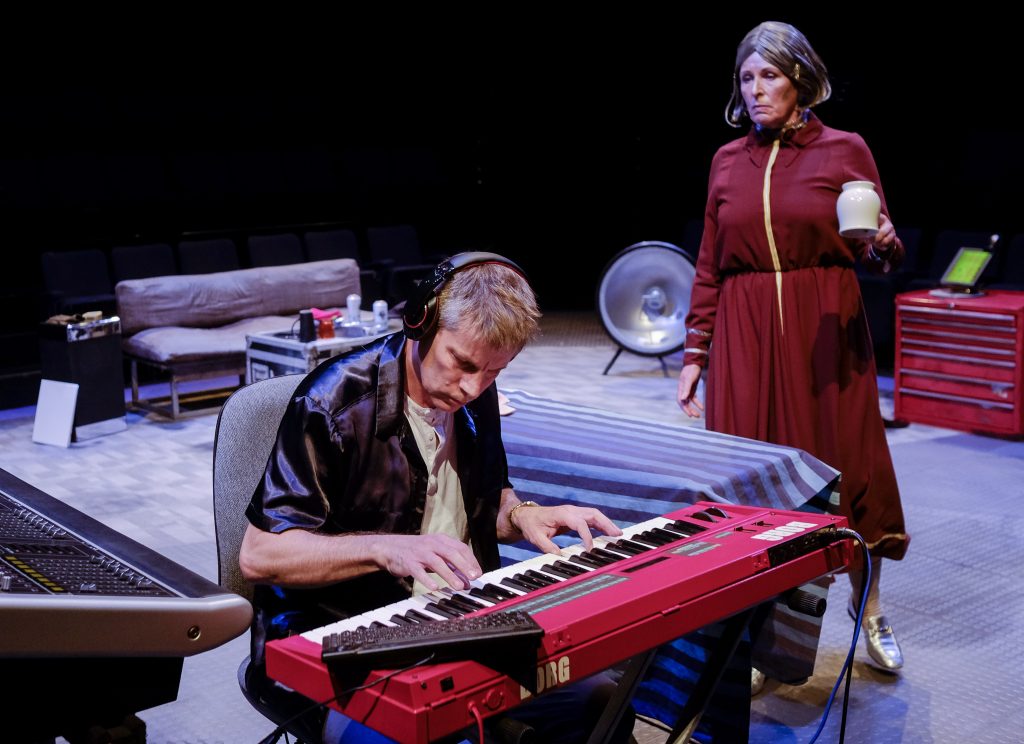