The evening will start with supporting act Mephish Gerald.

Memphis Gerald is a new artist on the Americana/Indie scenes with a unique and sincere approach to Roots music. Born in Edinburgh, Memphis draws influences from the music and songwriting of Scotland’s Folk and Indie scenes whilst indulging his love for Country and Blues music. Memphis toured as a guitarist for many years before finding his voice as songwriter, so listeners can expect to hear nods to his history with subtle yet confident guitar work alongside an honest, thoughtful lyricism.

2018 was a remarkable year for Elephant Sessions. The band who hail from the Highlands of Scotland and who met at the Newcastle University Folk degree have exploded onto the indie folk scene with unparalleled effect.

‘The versatility of Elephant Sessions is its strength. Passionate about their culture and their origins, these Scots are using their instruments like weapon to destroy clichés…We love them’ Rolling Stone Magazine 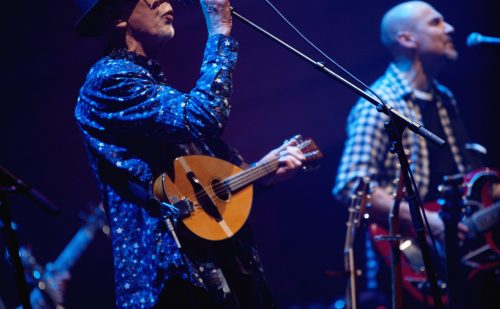