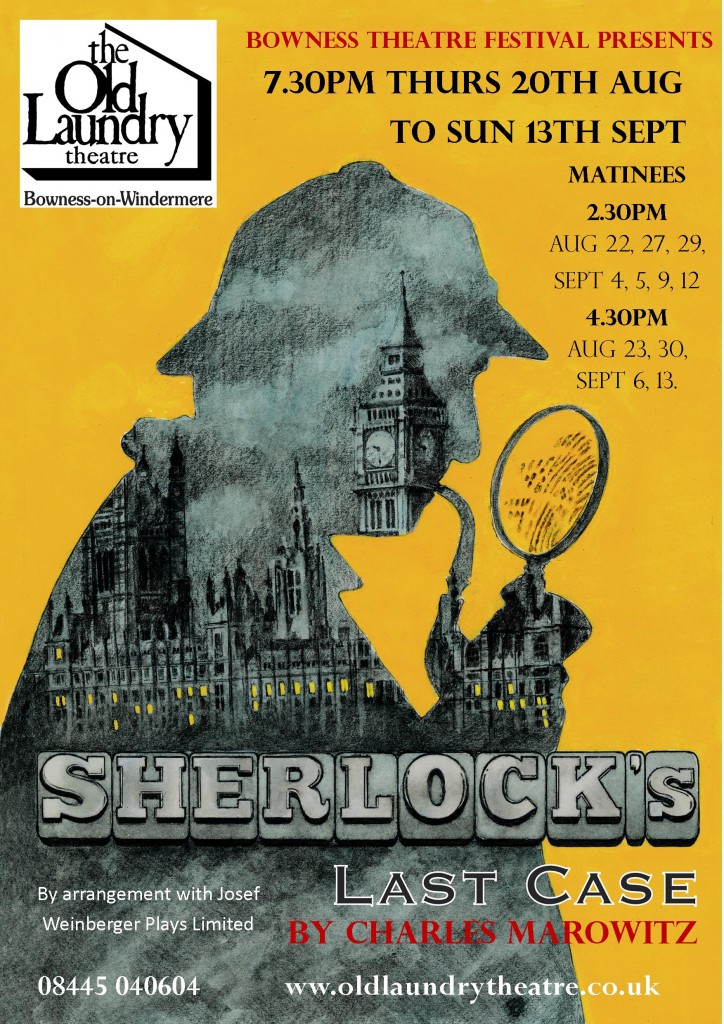 This production runs from Thursday 20 August to Sunday 13 September with evening and afternoon performances. A death threat delivered to 221B Baker Street by the daughter of his arch enemy scarcely ruffles the feathers of the legendary Sherlock Holmes.  A second threat still does little to shake the great detective’s nonchalance in the face of impending death. However, now, he’s intrigued……. Employing his great powers of deduction, Holmes embarks on a bizarre and mysterious case that eventually brings him face-to-face with his avenger. Is this the end of the most famous detective in the world? The answer is elementary, my dear Watson.

True to the spirit of Conan-Doyle’s original Sherlock novels, this black comedy has all the suspense and intrigue of a great detective story whilst poking gentle fun at the super sleuth’s eccentric personality. With humour and suspense in equal amounts, events lead to a stunning final twist which will surely catch you by surprise! “…packed full of gems…wickedly funny… ”