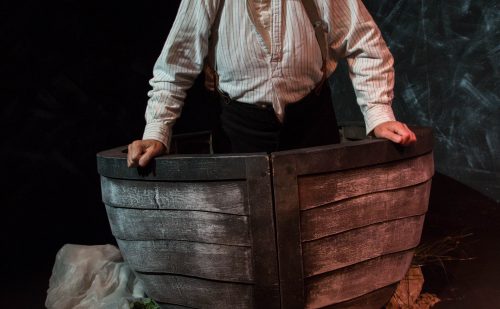 ~ ⭐️⭐️⭐️⭐️⭐️ “Malcolm Rennie is exceptional… I would urge everyone to go and watch this master craftsman” Ithankyou Theatre Shackleton's Carpenter Harry McNish, was the only man who challenged The Boss on the Antarctic ice floes.   Shackleton's Endurance sank in Antarctica, leaving the 28 strong crew stranded. McNish, brilliant carpenter and shipwright, defied Shackleton, but his skills played an absolutely vital role in saving the entire crew.  For all his bravery and ingenuity, McNish was one of the very few who were never awarded the Polar Medal.  Now, alone and destitute, one still night on the dockside, he challenges him one last time.